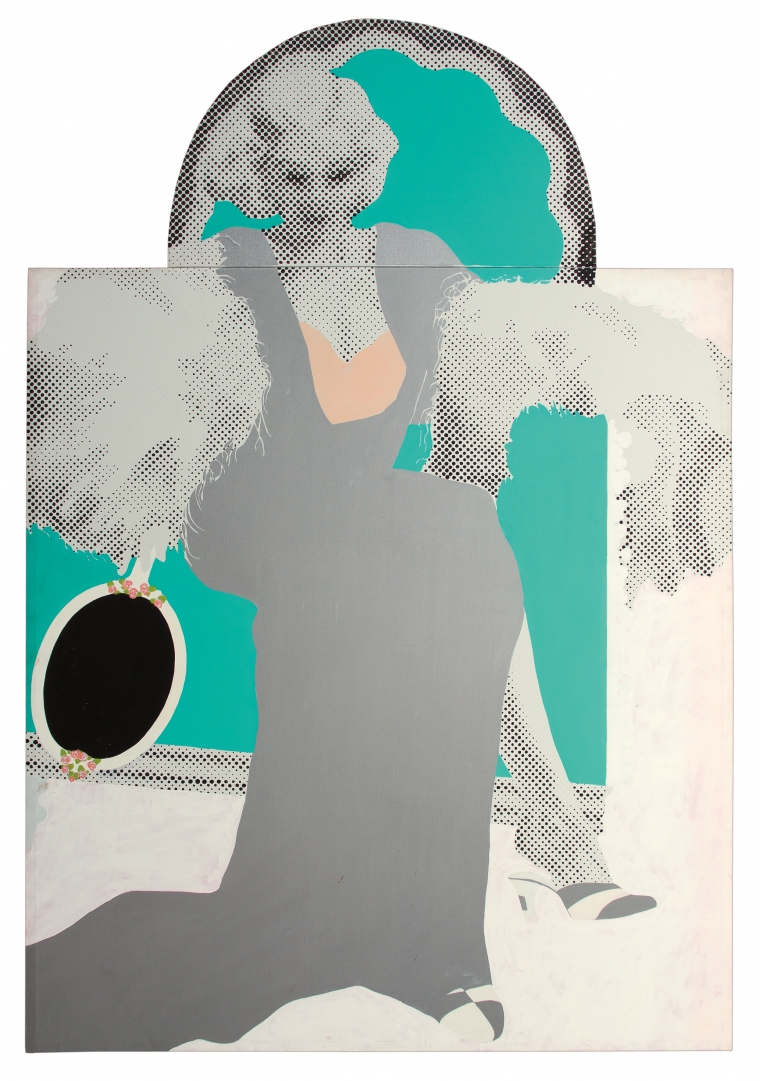 The day after I met Bob [Indiana] I started working for him. To some extent the timing had been fortuitous; shortly before my arrival his long term relationship with the dress designer, John Kloss, had ended and Kloss had moved out.
John Kloss continued to visit Indiana occasionally and commissioned me to make a portrait of Jean Harlow. This I did, and the experience was useful because I had not been commissioned to make a large painting before and it forced me to tackle problems that I would not otherwise have experienced.â¨â¨ John gave me a copy of the famous photograph of Harlow in a negligee, sitting cross-legged in a large armchair. I used a shaped canvas - one of the first I made - to show the outline of the chair, and half tone dots for the swansdown of her negligee and for her exposed flesh. All the rest I did in flat colours, remembering the fashions from my mother’s 1930s wardrobe - especially the shoes, of which she had a great number. When I was four, I took them all from her wardrobe, lined them up along the road outside our house and attempted to sell them. My first customer betrayed me and my âshoe shopâ was quickly dismantled.
Kloss paid me with some of his wonderful clothes for Jenny [Laing’s wife], ones which are now seen as classic sixties masterpieces.