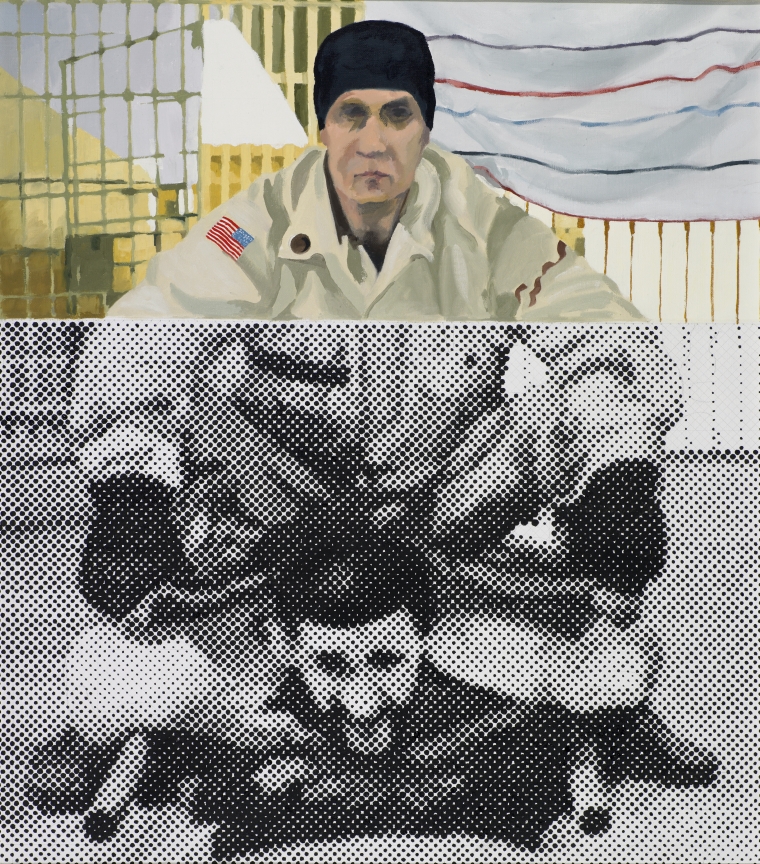 Jammed between two military stretchers, with his hands clasped behind his neck and a large US soldier sitting on him, the Iraqi prisonerâs tongue is forced out. The monumental, static nature of the soldier is contrasted by the suggestion of movement in the half-tone area in which the Iraqi resides. In the background I have painted the fabric hanging on the bars of the prison cells as though it was drapery wafted by Zephyr in a grand portrait of the 18th century.