They Make a Desert and Call it Democracy 2005 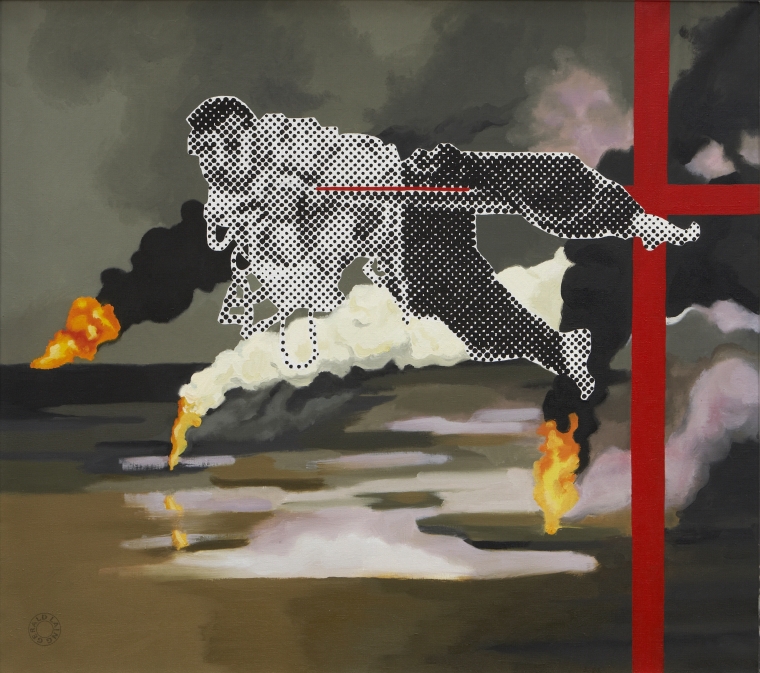 They Make a Desert and Call it Democracy

The title refers to Tacitusâ despairing view of the attempts by Rome to bring disparate and recalcitrant tribes into the Empire - ‘They make a desert, and call it peace’. Imperialists always have an excuse. The current one, employed by us, is the spread of democracy. In the nineteenth century it was Christianity. The real reason is always the pursuit of wealth and power. In Iraq the main effort is expended on keeping the oil flowing. Attempts by recalcitrant peoples to interrupt this flow produce spectacular spurts of flame at intervals across the landscape. Pools of oil create artificial lakes which reflect the lurid sky above them. The Iraqi suspended above this scene - in fact, suspended from the arm of a forklift truck by British soldiers - is reminiscent of a crucifixion. It is as though he is being roasted above his own fires. His position is ungainly. So many representations of our own martyrs show them calm and graceful to the end.