The Silent Sullen People Shall Weigh Your Gods and You 2004 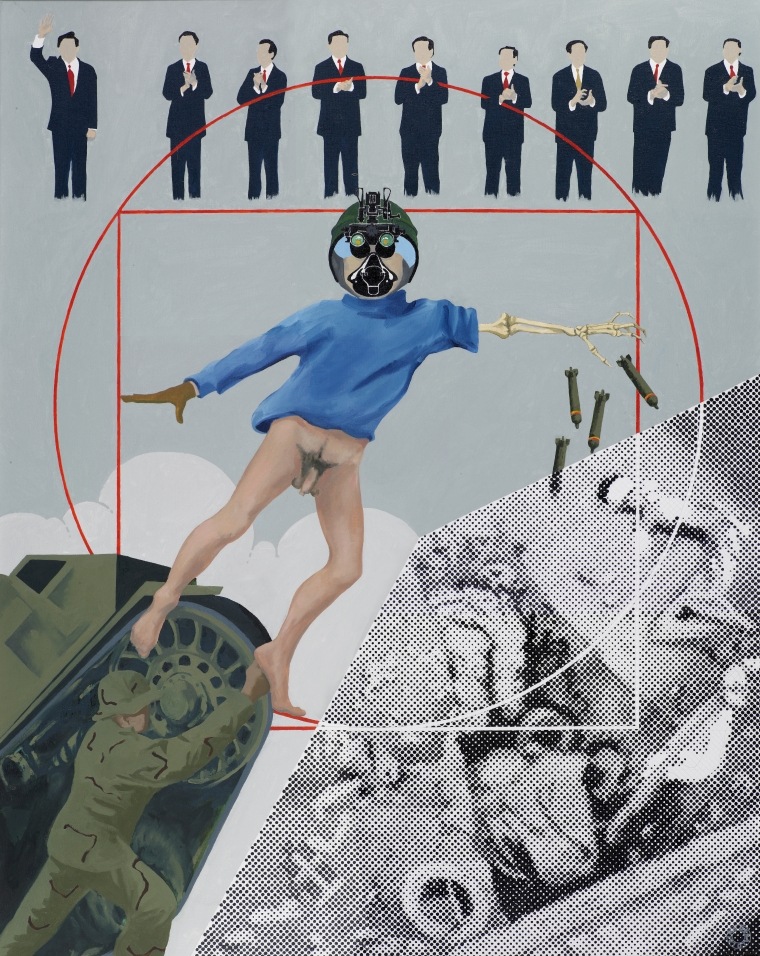 The Silent Sullen People Shall Weigh Your Gods and You

[That] The Silent Sullen People Shall Weigh Your Gods and You takes its title from Kipling’s poem ‘The White Man’s Burden’, indicates the complexity of Laing’s creative imagination. A grotesque, semi-naked figure of a gas-masked soldier has supplanted Leonardo’s Vitruvian man from the perfect circle of the Humanist ideal, putting mankind off-balance. With a skeletal hand he drops cluster bombs on two decapitated Iraqi soldiers and a limbless little boy.
This is tough, uncompromising stuff. And, of course, Pop was always political. But chiefly it celebrated a love affair with America. What Laing has done is turn that on its head. That is what makes these new paintings so immediately effective. He’s out-Warholed Andy, not least in the two works here which deal specifically with death. Such imagery, when splashed across the tabloids and TVs of a nation, soon sinks into the oblivion of our communication system. Take it out of that system and dress it up as art and it you re-empower it with true meaning and readdress the full horror of the original.