See What Beauty He Hath Wrought 2005 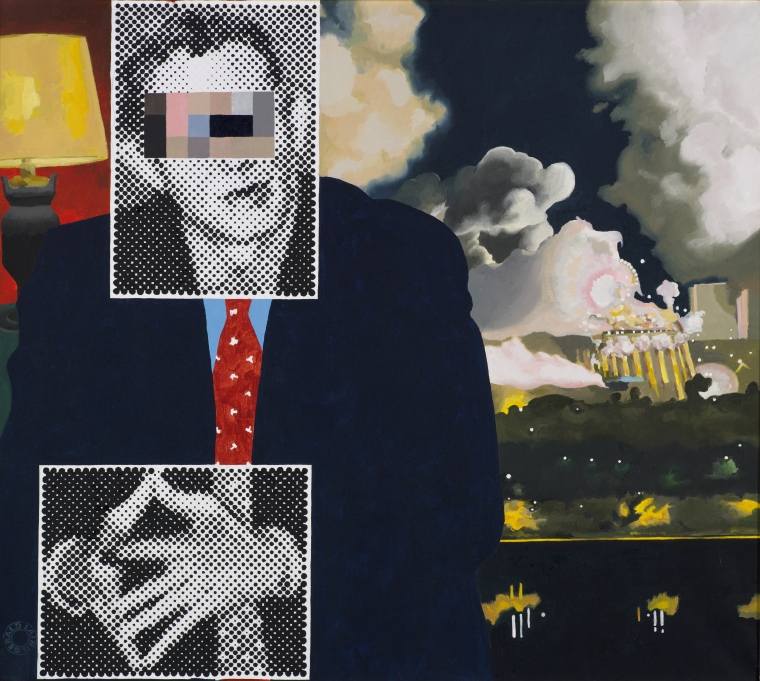 See What Beauty He Hath Wrought

Prime Minister Tony Blair has adopted a pose implying intelligence, sensitivity and a particularly deep concern, rather as an undertaker might. Over his right shoulder are some of the accoutrements of respectability and bourgeois security. The table lamp with its parchment shade and body made from an ugly vase casts a glow on the warm red walls of the room in which he sits; there is the hint of a green tablecloth beneath the lamp. The image is of stability and comfort. He wears a midnight blue suit, and as usual his tie is too long. In contrast, over his left shoulder the city of Baghdad can be seen under heavy aerial bombardment. Surreal pink clouds and lights are formed by the high tech explosives and their aftermath. The scene is one of strange beauty in which people are suffering and dying in an entirely random manner.