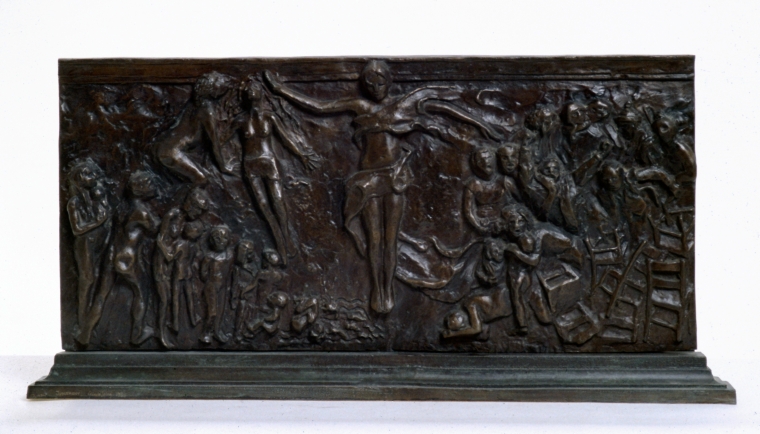 The panel is a study for a proposed relief at Glasgow Sheriff Court. It was rejected on the grounds that it is ‘too religious and too authoritarian.’ The panel represents Compassionate judgement. The composition is based on Donatello’s relief of the Crucifixion in the Church of San Lorenzo in Florence. The circular movement on the right of the panel is associated with the Bad Thief; the ascending triangular movement on the left with the Good Thief. The imagery of violence and chaos in the circular movement is derived from various sources; the upturned chairs, for example, a notable image of violence from photographs of the St Valentine’s Day Massacre in Chicago.