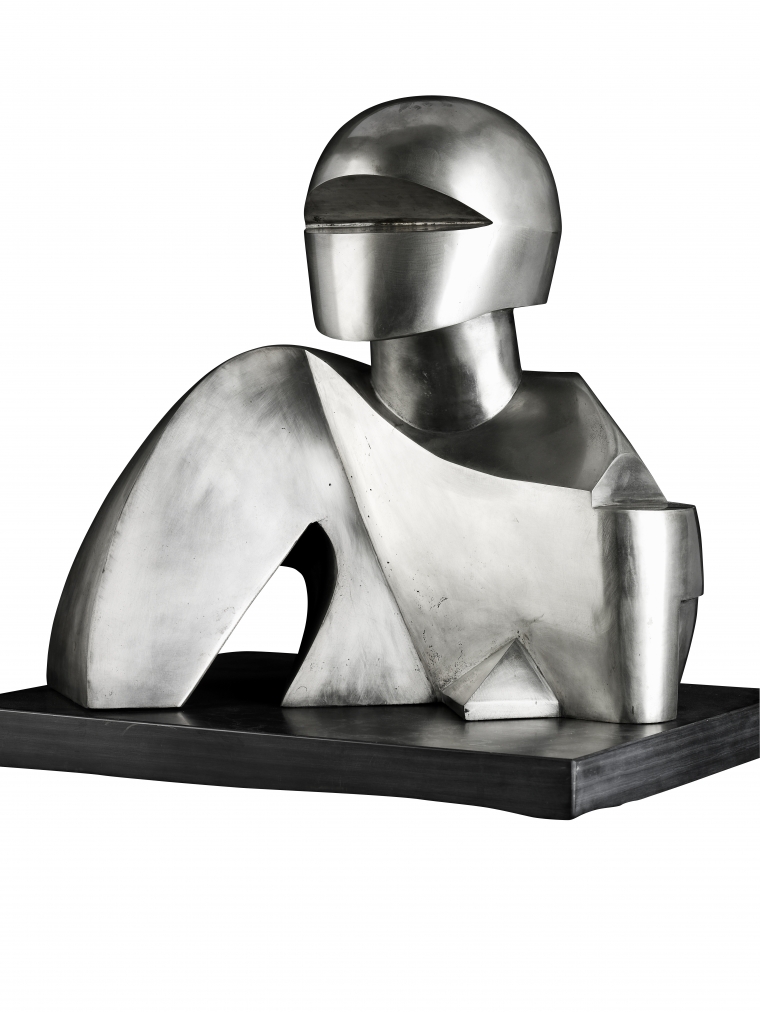 Edition of 10 bronze, plus 1 fibreglass

After this piece Laing abandoned straight lines in favour of biomorphic forms. There followed a series of variations on the head and body of his wife Galina in which Laing was seeking to find within the body a very complex system of balancing voids and solids, in deliberate contrast to the simple theme of his often repeated pyramids. These pieces are small and do not demand enlargement, in line with Laing’s disillusionment with public sculpture. However, it is clear that this sequence of pieces is only a pause and that Laing’s real interest still lies in projecting a consciousness of the human body on to a vast scale, or of finding forms that seem to convey the possibility of this dual meaning and scale within them. For when, after the series of heads and busts, he turned to a reclining female figure, it almost immediately assumed this ambiguous, half-monumental character, and was followed by others, more abstracted and like horizontal reliefs, in which Laing is quite obviously designing on an architectural scale. These works are not in the exhibition and cannot be fully discussed, except to say that they are more evidence of the true connection between the body and architecture as twin fundamentals of sculpture, and give reason to hope that Laing has not created his last Twentieth-Century Monument.