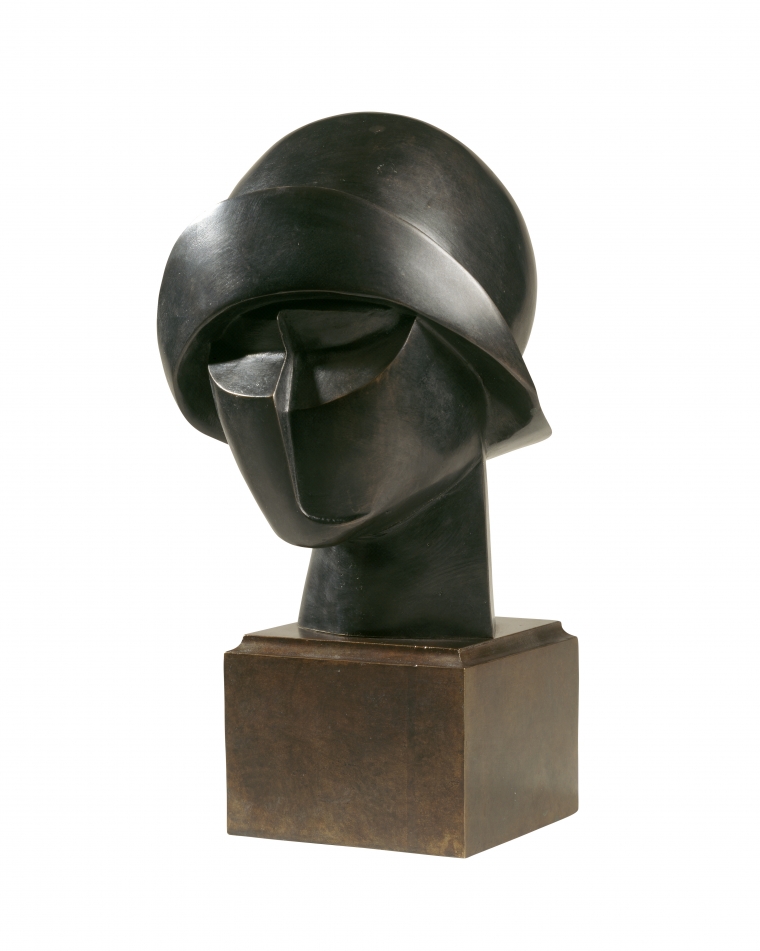 Back at Kinkell I began another sculpture using the comparatively small amount of clay I had left.  It was a head of Galina, now known as Galina II.  She suggested making up for it, and put on extravagant eye make up and violet cloche hat. It is strange that I have now forgotten the colour of the hat. It was a standard 1920âs type, but it came from Biba. Above all it put me in mind of the welded steel sculpture of a similar subject by Gonzales which had nudged me when I first saw it in a catalogue of his works. It was a roughly drawn welded steel head, with the arc of the brim of the cloche hat very clearly articulated. Looking at a catalogue of Picassoâs sculpture, in the creation of which Gonzales was very much involved, I realised how full of humour they are. Galina II was influenced not only by Gonzales, but also Brancusi.