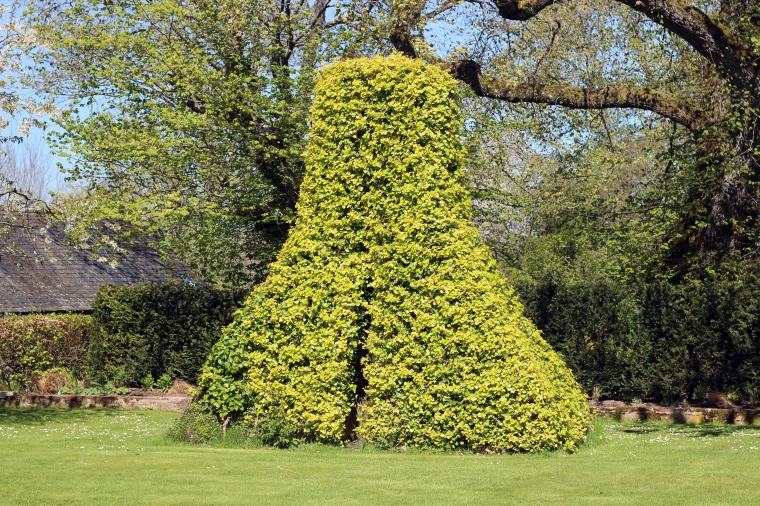 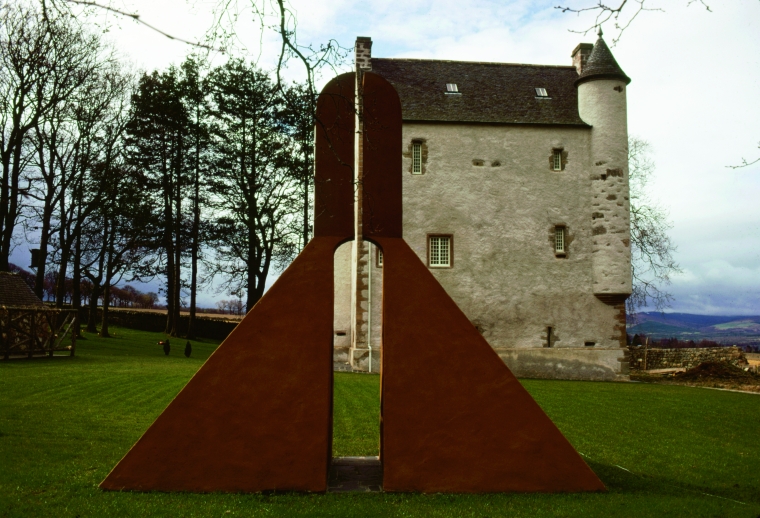 Laing built this large pyramid, with inside facing seats, using stone from an eighteenth-century extension to Kinkell Castle that he had demolished. It contained two facing seats in order that it might ‘act as a machine for rejuvenation (there is a belief held by many people that meat will not corrupt and razor blades will become sharp if they are kept inside a pyramid)’ (‘Gerald Laing: An Autobiography’, unpublished manuscript, 2011, ch.35), somewhat in the manner of Wilhelm Reich’s orgone accumulators.