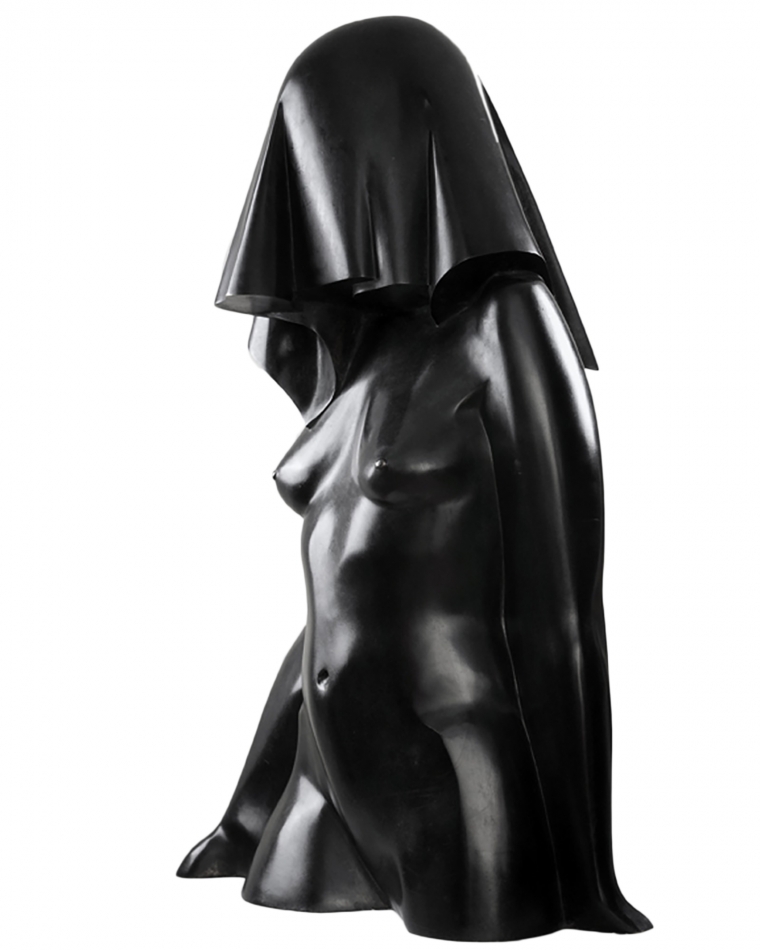 A celebration of the triumph of ideal feminine physical beauty. Some people have accused me of misogyny in respect of this work; the first to do so was the Minister of Holyrood Kirk in Edinburgh, who saw it at my exhibition at the 1978 Edinburgh Festival. Carrying a pastoral crook, he swept into the makeshift gallery and announced to the young woman whom I had hired to supervise the exhibition that I was a woman-hater, because I exposed women’s bodies and covered their heads. He failed to perceive that the subject was the power of the female form, which I did not wish to particularise by giving the figure a personal identity. When I heard of his reaction I went down to the Kirk to look for him, but fortunately he was not at home. A clue to the meaning of the sculpture is that I intended it to be the female equivalent of ‘Ecce Homo’ (Behold the Man), which would have been ‘Ecce Femina’; but this has untidy connotations. It was Antonia Fraser who suggested ‘Ecce Domina’ instead - ‘Behold the Lady’.