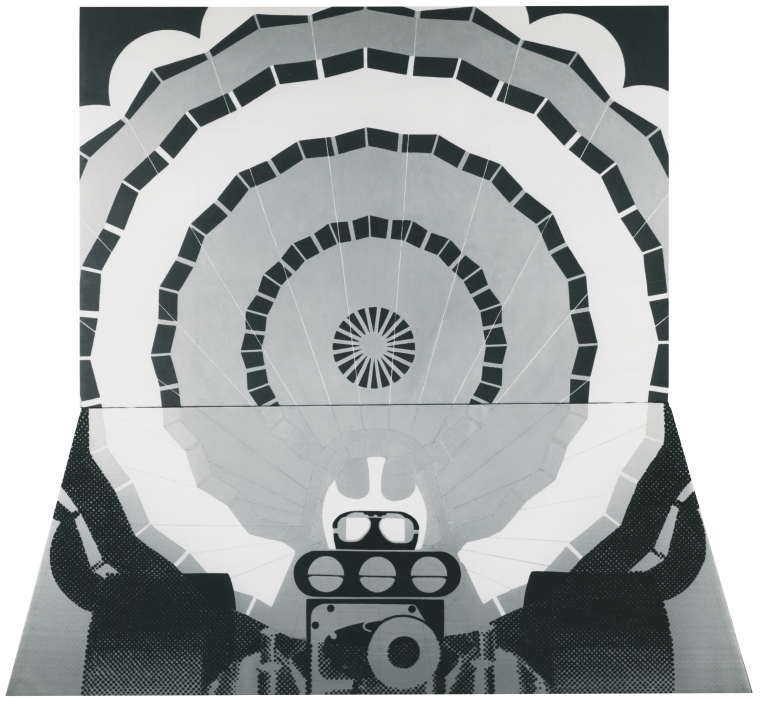 The dichotomy between the dotted volumetric areas and the flat coloured areas seemed to require that a strong formal division should be made between them. In certain paintings I let literal requirements decide which areas should be painted in which technique; but on the whole this appeared to be an unsatisfactory method of approach, resulting as it did in apertures being opened in the flat coloured areas in what were, from a strictly formal point of view, arbitrary positions. So in general a strong boundary was made, often reinforced by a division in the stretcher. In the painting illustrated here, the boundary follows one of the panels of the parachute. Drag racers, film starlets and skydivers were subjects I found very useful at this time, because they are all excellent examples of individuals formalised and rendered, in a sense, heroic, by their accoutrements.