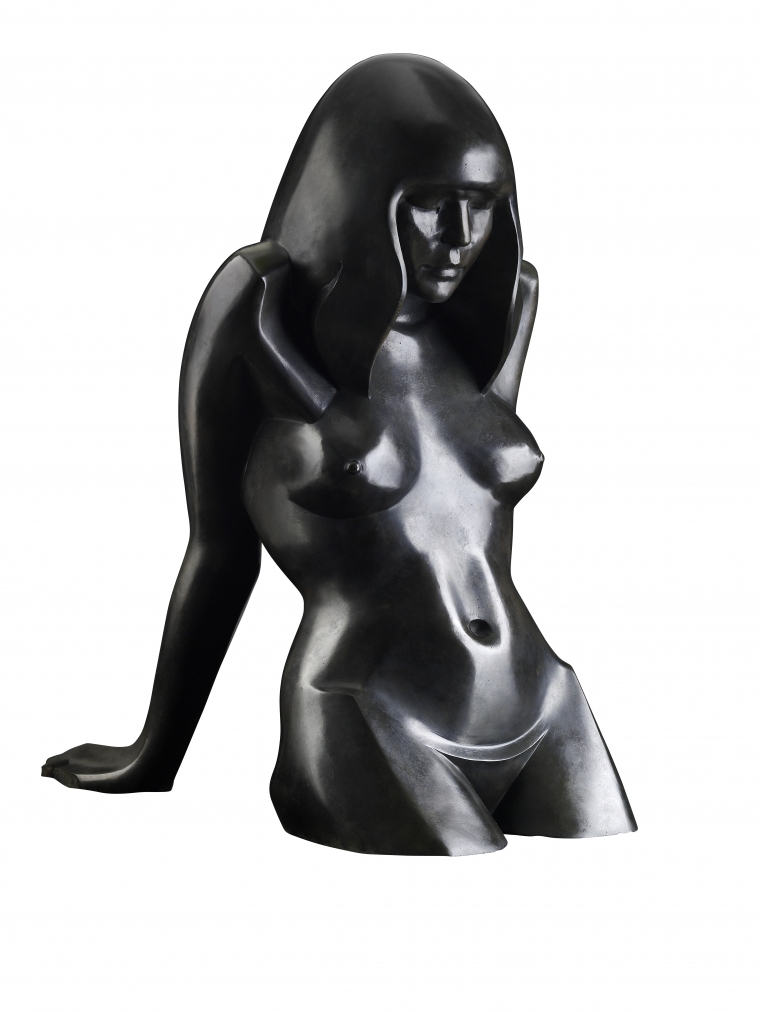 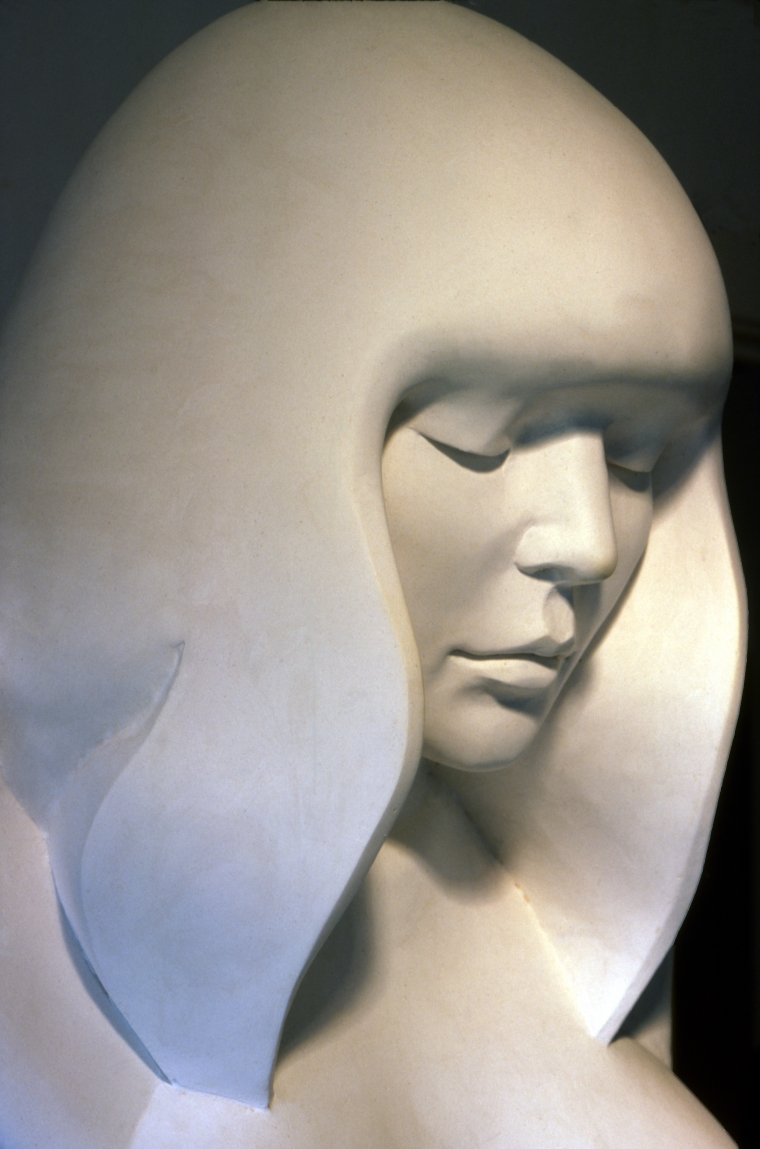 As far as Laingâs return to figuration is concerned, or as an evolution away from mannerism towards classicism, Conception and the American Girl are further back along the road. They include some stylizations which are almost absent in the other two. Yet at the same time they have a naturalistic, almost journalistic instantaneity in their pose, which links up to Laingâs pop art phase and is like a pop commentary on Rodin, in whose work these poses can be found and who is also a source for the sharp cut-off below the hips in both figures. As constructions these are the most interesting of the group and the angularity of the American Girl fits its spatially extended shape… Conception, however, seems to be placed between realism and mannerism.

Conception dates to the later years of sculpture in clay and learned how to cast Laing’s Galina series (1973â80): a series of sculptures made of Galina Golikova, Laing’s second wife, who had model looks and sat regularly for him. Laing learned from the noted craftsman George Mancini to cast bronze, and in 1978 set up his own bronze foundry at the couple’s newly restored home, Kinkell Castle, near Inverness, Scotland. He had abandoned painting (to return briefly at the end of his life) and turned increasingly to portrait sculpture and public statues.
The Galina series was semi-abstract and strongly Brancusian in approach and technique. Furthermore, one of the impulses behind his work from the Galina series onwards had come from being deeply struck by Charles Sargent Jagger’s Royal Artillery Memorial at Hyde Park Corner in central London. The artist recalls:
‘In 1973 I had an epiphany while looking at [it]. Its powerful, narrative and humanistic content made me realise that in order to produce more significant work I required an infinite vocabulary of forms which the
limitations of sheet metal did not allow.
As a result of this experience I change my entire method of working. I modelled my sculpture in clay and learned how to cast it into bronze. Galina I was the first in this new body of work… Overall it represents a progression towards greater figuration, but all of the figures are treated formally. They are emotionally expressive and convey essential elements of the sitter with whom I had at the time an obsessive relationship. She was an excellent model with a high degree of body awareness with which she could transmit powerful emotional and sexual feeling.
This period of my work represents a search for a figurative language. The Galina Series was made concurrently with various other sculpture, such as Reclining Figure, Woman with Long Hair and Torso. They were all figurative sources which I developed towards a greater or lesser degree of formal abstraction.
Both subject matter and medium (modelling in clay, casting into bronze) were very unfashionable in the avant garde of that time and resulted in my being ostracised by my peers. I realised the risk I was taking but felt that I had no alternative. It led to a few very harsh years during which I could not get my new work accepted.’