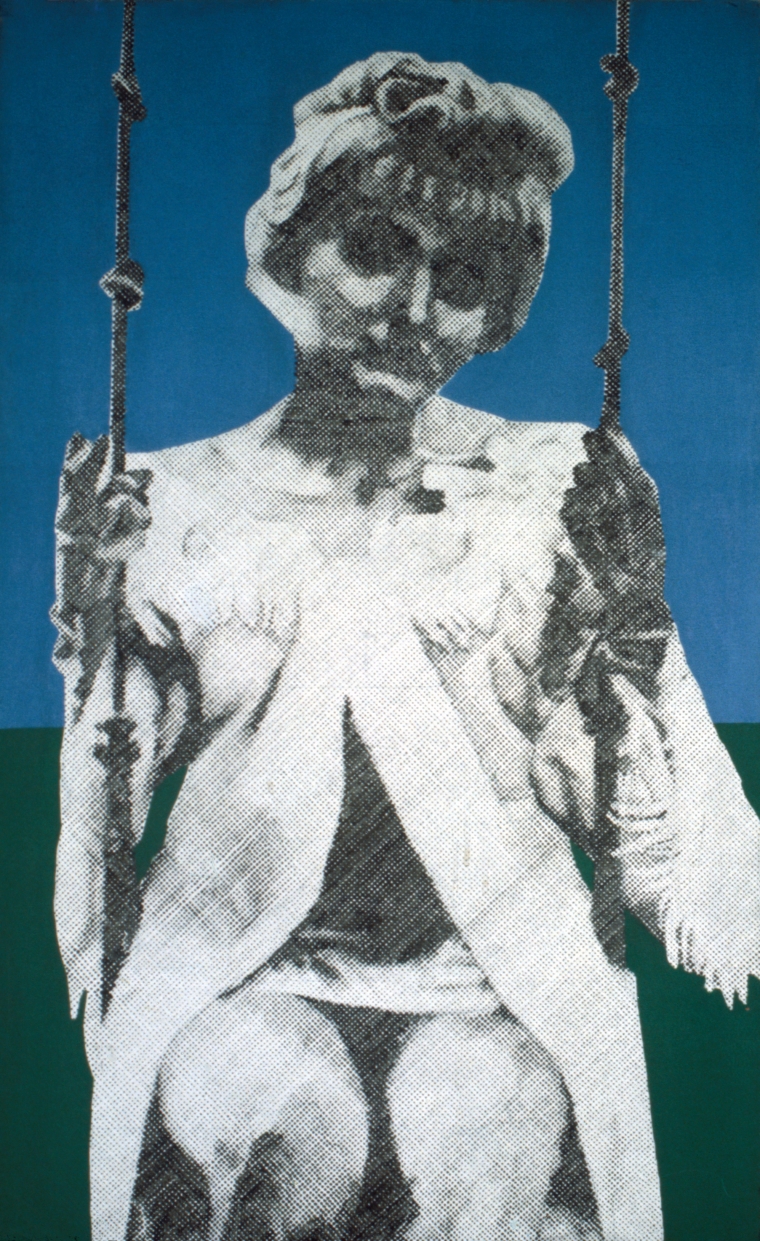 A painting done at home after Lolita Through the Keyhole. Very fine grained dots - the smallest I ever attempted and a conscious effort to reach that extreme. Noteworthy mainly for the fact that because it depicted a girl in a swing, I had special aluminium brackets fabricated on which the whole painting could itself swing. These brackets foreshadowed later application of mechanical interests to art. I did try even to have lightening holes drilled in them, much the same as those found on racing cars, but could not find a technician to do it. ClÃ©o was taken from a poster advertising Agnes Vardaâs ClÃ©o from 5 to 7.