I began seriously to draw while I was still in the army, in Munster in 1957. I found a teacher by enquiring at an art supplies shop. His name was Herr Brucke, and he was a retired art professor from the University. He lived in a modern purpose-built studio in the city, a small genial rotund man with a short green horn-buttoned Jaeger jacket. He was attended by his calm and capable wife whose grey hair was coiffed in one of those complex coiled and plaited arrangements which were fashionable in Germany in the 1930s. Often when I arrived Herr Brucke would be resting on a couch in a curtained alcove off the studio; she would be sure not to disturb him until he was ready. Herr Brucke was a very competent figurative painter, his style precise and accurate, his preferred medim tempera. On carefully prepared panels he painted arcadian scenes full of birds with exotic plumage in a manner which had no doubt been approved during the previous regime. In spite of the fact that he spoke no English, and I only that soldierâs German more usually employed to buy a drink, a meal or a car, or enter into the most basic communication with the opposite sex, he was a brilliant teacher of exactly the type I required at that stage in my development, when I was so anxiously searching for clues and so vulnerable to seduction by the slight or ephemeral effect. 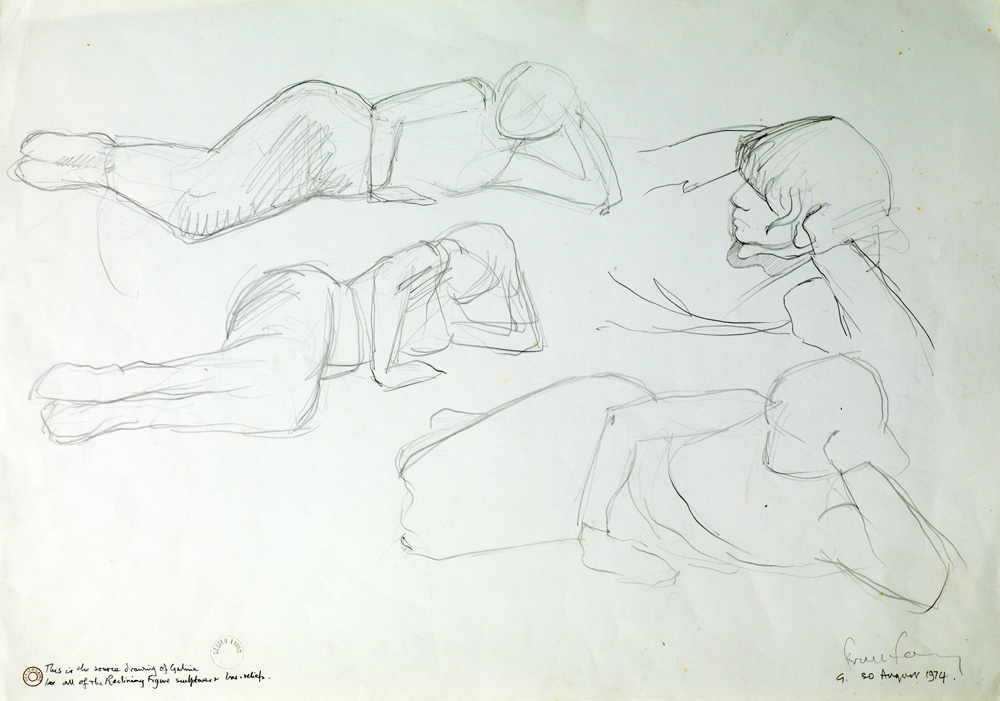 Study for the Reclining Figure sculptures, 1973

I attended a life drawing class he gave in his studio twice a week. The other students were two middle-aged employees of the Bundesbahn. I was treated with distant respect; communication between us was carried out mostly in sign language. In spite of these difficulties Herr Brucke, living up to his name, managed to instil in me a fundamental idea of drawing which served as a basis for all my later development. One remark in particular has stayed with me verbatim, and has become a sort of mantra on the importance of looking at the subject without prejudice or preconception. One evening Herr Brucke leaned over my shoulder, pointed at the ear which I was attempting to draw, and said simply, âDas ist keine Ohr. Das ist die Heinkel von ein Kaffee Tasse.â* I think of this every time I draw or model an ear.

* âThat is not an ear. That is the handle of a coffee cup.â 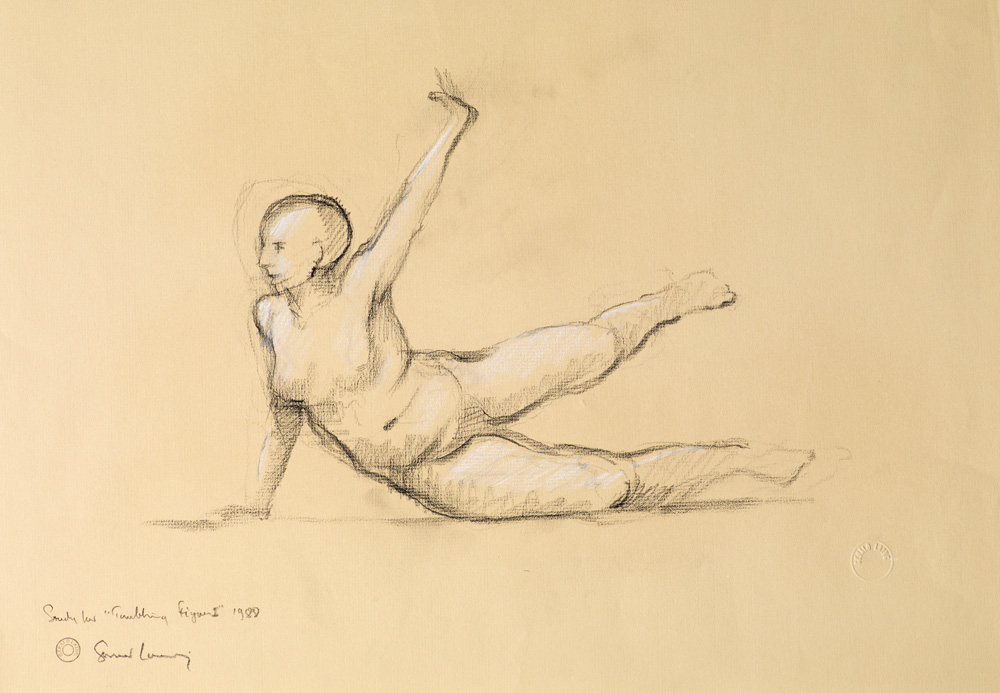