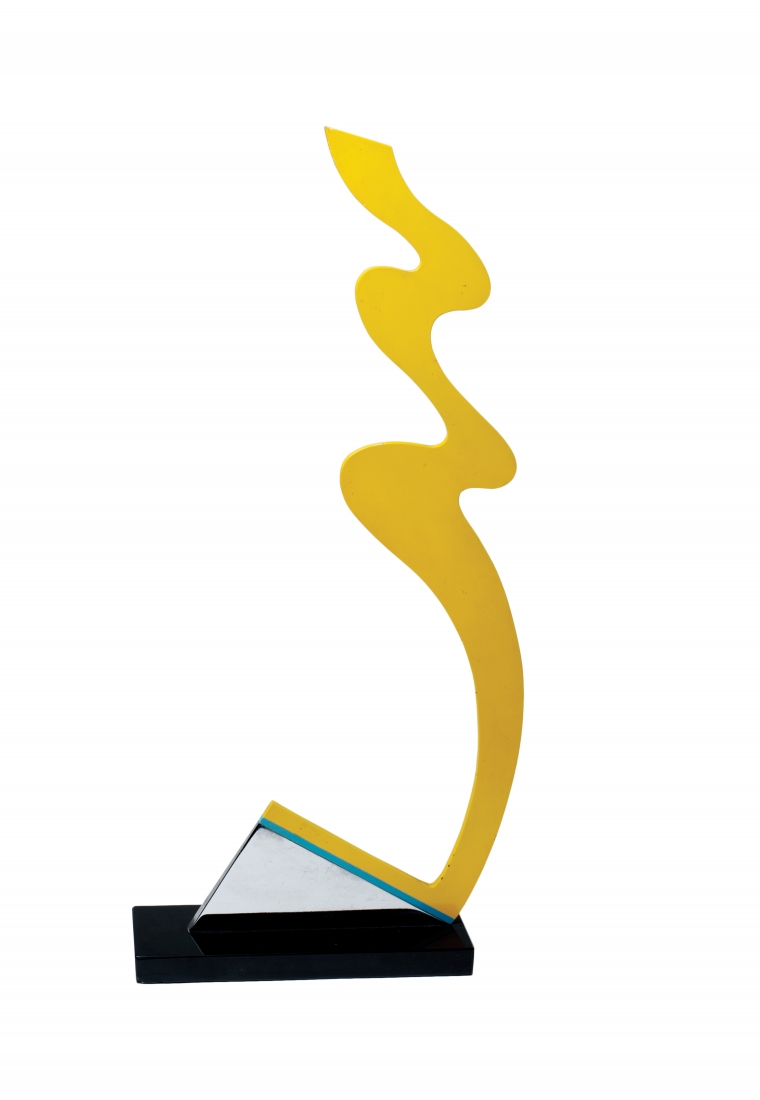 Ingrams and Halliwell no. 61

In 1964 I went to live in New York. By 1965 I had begun to use shaped canvas stretchers of such complexity that it became obvious that it would be easier to cut the shape I required out of some sort of sheet material instead. In addition, I had become less interested in the figurative content of the work and more interested in its formal and abstract qualities. These two considerations led to a group of abstract metal pieces, of which catalogue numbers 4 & 5 [After the Ball is Over I and Yellow Wedge are examples. They still contain figurative references, but these are merely points of departure for idealised abstract works which still display a strong technological optimism. The techniques and finishes used are derived largely from the world of custom cars.