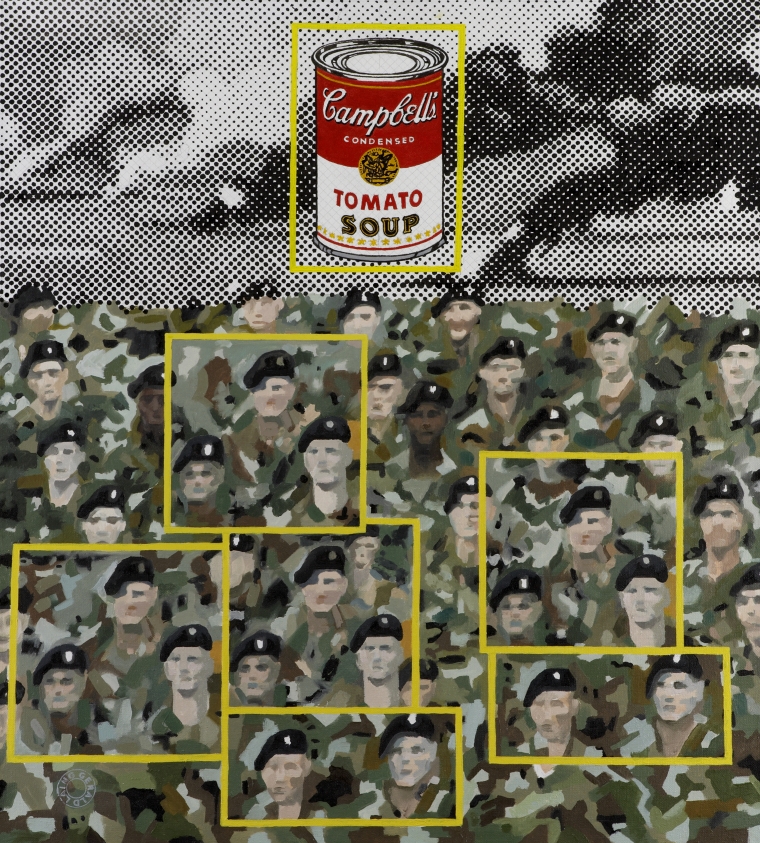 In the pre-industrial period two identical items were an expensive luxury. After mass-production was established, the converse was the case.
The PR machine for Bushâs re-election campaign made the mistake of grouping identical twins and triplets in The Service as a backdrop to a photo-op: the media erroneously assumed that the image had been doctored. Naturally, the Bush administration was merely trying to appeal to a pre-industrial electorate… Repeating images of soldiers in order to give the impression that there are more of them results, rather worryingly, in actual humans becoming a virtual army. It is also a lie.