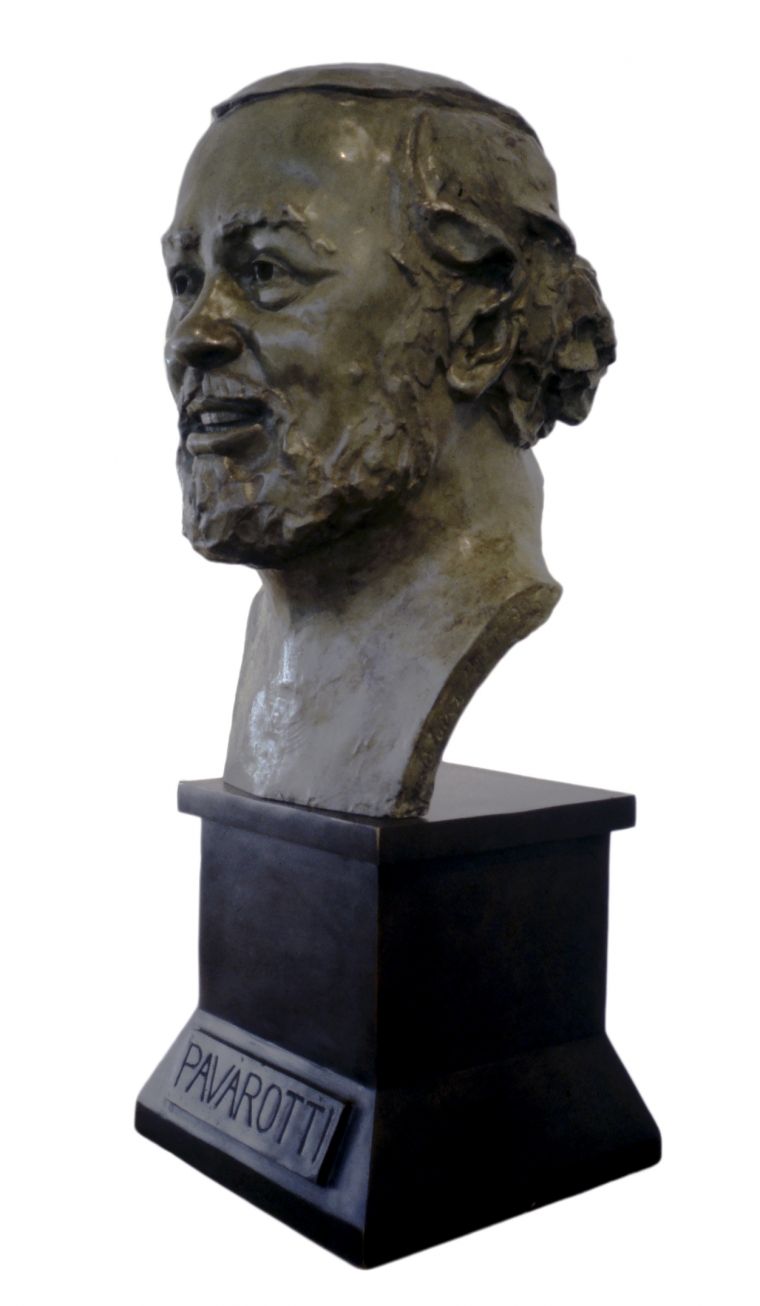 In February 1993 I was commissioned to go to Modena and make a portrait bust of [Luciano] Pavarotti. I took everything I needed with me, and since this included enough clay to make a one and a half times life-size sculpture I travelled by train. After all, Pavarotti was himself at least one and a half times life-size.
He sat for me in his house in the mornings, which for Pavarotti meant from about noon until lunch at 1pm each day, so I took photographs and worked from them when he himself was not available.
Often he would break briefly into song, as though he were musing in music. On one occasion his father visited to inspect the work, and they sang together. The only time I ever saw him in any way discomposed and submissive was while he was being harangued by his mother on the telephone.
Although he and I were almost exactly the same age, whenever he dropped his specs I would have to pick them up for him. He gave the impression of being a large, top-heavy and inherently unstable mass which tapered to a point at his feet, but wherever he went he dominated the space in an almost regal manner, reinforced by the respect he engendered. He wore quite heavy make-up, especially on his eyebrows, and the bald patch on the back of his head was disguised with thick black greasepaint. Pavarotti’s natural environment was not everyday life, but the dramatic dreamland of the stage.
I believe that it was difficult for him simply to sit quietly and pose for me. There was an innate and powerful will to engage in him which extended even into disciplines which were not his own. It must have been this which on one occasion caused him to exclaim, ‘Momento!’, reach over and take the modelling tool from my hand, poke the clay about a bit, and then return it to me with a flourish, saying ‘Better, no?’ (I chose to be amused, and then put things back as they were before his intervention. It did not seem worth an argument).