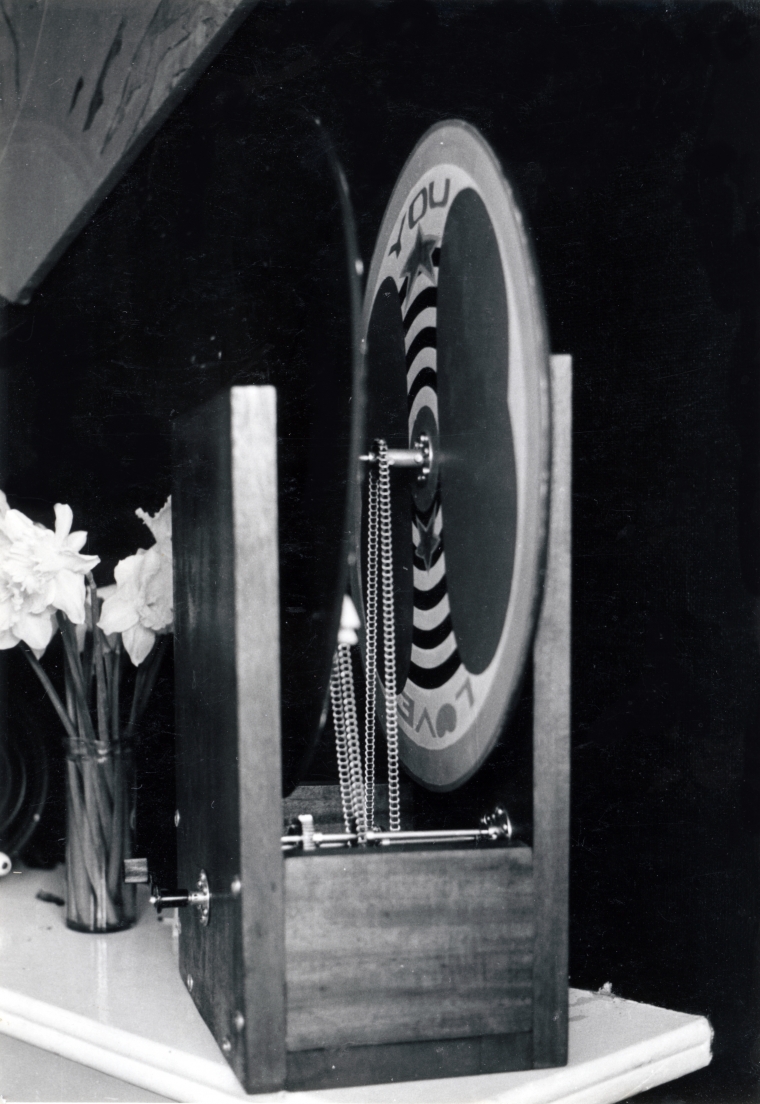 Ernest Gombrichâs book Ways of Seeing had just been published and, as a result, those of us who had read it were very conscious of optical effects, illusions and anomalies. At Pollockâs Toy Museum, there were examples of nineteenth century optical toys, some of which produced images which appeared to move. Depending as they did on the persistence of the image on the retina of the eye, they were early precursors of the movies. I asked about them at the V&A and was shown the âtoy boxâ in the Print Room at the Museum, which contains Victorian printed paper and cardboard toys and novelties, many of which demonstrate these optical principles. Using an interrupter disk, I made over the next few years a series of constructions which I called âLove Machinesâ, in which I combined an optically changing image with my taste for elaborate and highly finished machinery.