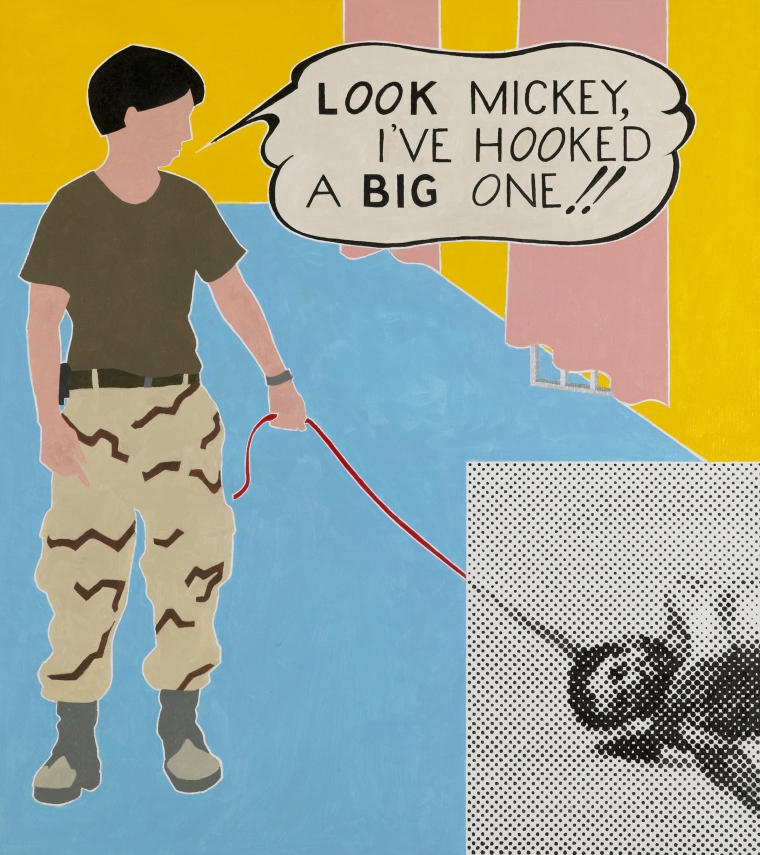 This painting refers to Roy Lichtensteinâs first essay in cartoon-based art. In his painting, Donald Duck and Mickey Mouse are fishing. Donald Duck has accidentally hooked his own rear end and is excitedly tugging at his rod â hence the caption… I have treated the soldier and the prison as though they were an anodyne part of a Disney film; perhaps Snow White and the Seven Dwarfs. The Iraqi is shown in the second-hand but subjective reality of half-tone.