Lolita Through the Keyhole 1962 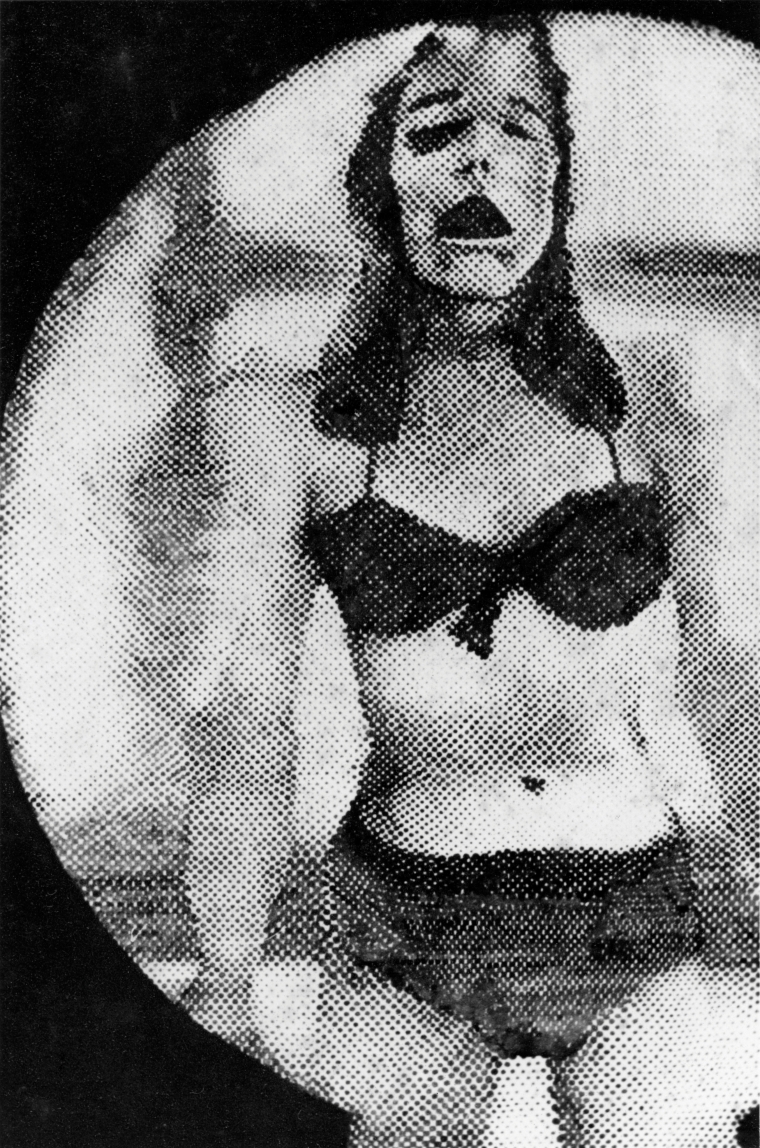 Lolita Through the Keyhole

The first of the half-tone paintings. The subject was a still from the film of Lolita - a shot of Lolita taken through a keyhole, supposedly Humbertâs view of her undressing in a motel. I remember choosing the dot interval - 3/8â vertically, I think - and having great difficulty in ruling parallel lines on a sagging canvas (later I ruled the canvas before I stretched it, or supported it in the middle, or perhaps just got better at ruling delicately). I never thought I would finish the painting. It seemed an impossible undertaking, and required great concentration. Sometimes I could not get lines of dots to meet up properly with other lines - I would, for instance, have three rows advancing steadily to meet four rows and have to lose one row somewhere. The painting was very uneven but somehow was finished, and I discovered that the ‘tonal pointillism’ it involved did everything I required; it enabled me to paint figurative paintings with a modular mechanical approach that still involved skill, and drawing; a method which necessitated a slow deliberation but produced a cohesive whole.