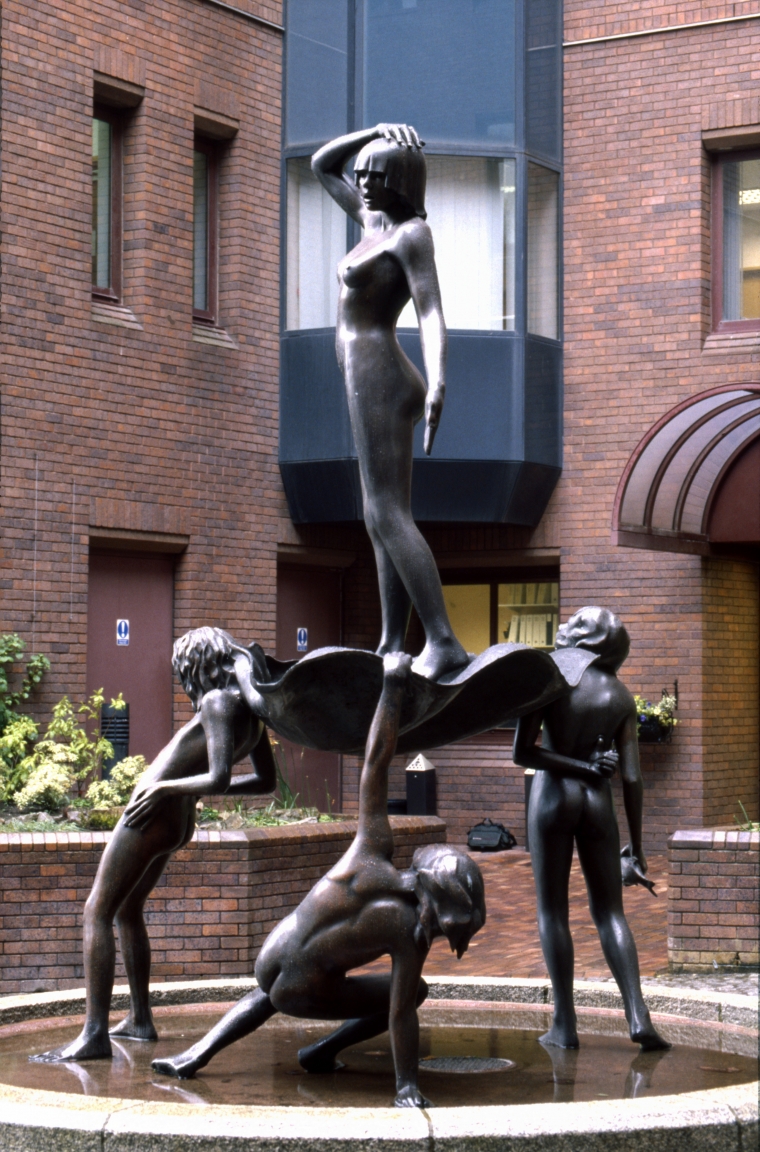 Sabrina, who appears in Milton’s “Comus”, was a Romano-British princess who antagonised her mother by living with her lover Estrildis. After a battle during which Estrildis was killed by her mother’s supporters, Sabrina in desperation drowned herself in the river Sture. The god Nereus took pity on her, and transformed her into the Goddess of the river, which thereafter became known as the river Sabrina (now the river Severn).
This story of redemption after an apparently irrevocable act of tragedy, while crude and arbitrary to our tastes, has obvious parallels with the hopes and concerns which are the driving force behind all religions. As a theme for sculpture it allows several levels of interpretation and approach.
At the moment of rebirth from the depths of the river, and her subsequent apotheosis, Sabrina rides on a shell in the tradition of the birth of Venus - an image, one should note, which was already over a thousand years old when Botticelli painted his masterpiece.
I have used the same device in order to stress the essential similarity of the major concerns of humanity throughout the ages, whatever the particular social and political circumstances may be.
The demeanour of the goddess is one of self-contained certainty and calm. Her right hand lightly brushes the water flowing from her headdress, in a gesture natural to one who has just come out of a river. Water flows down her body, and descends to cover those beneath her with its benign influence.