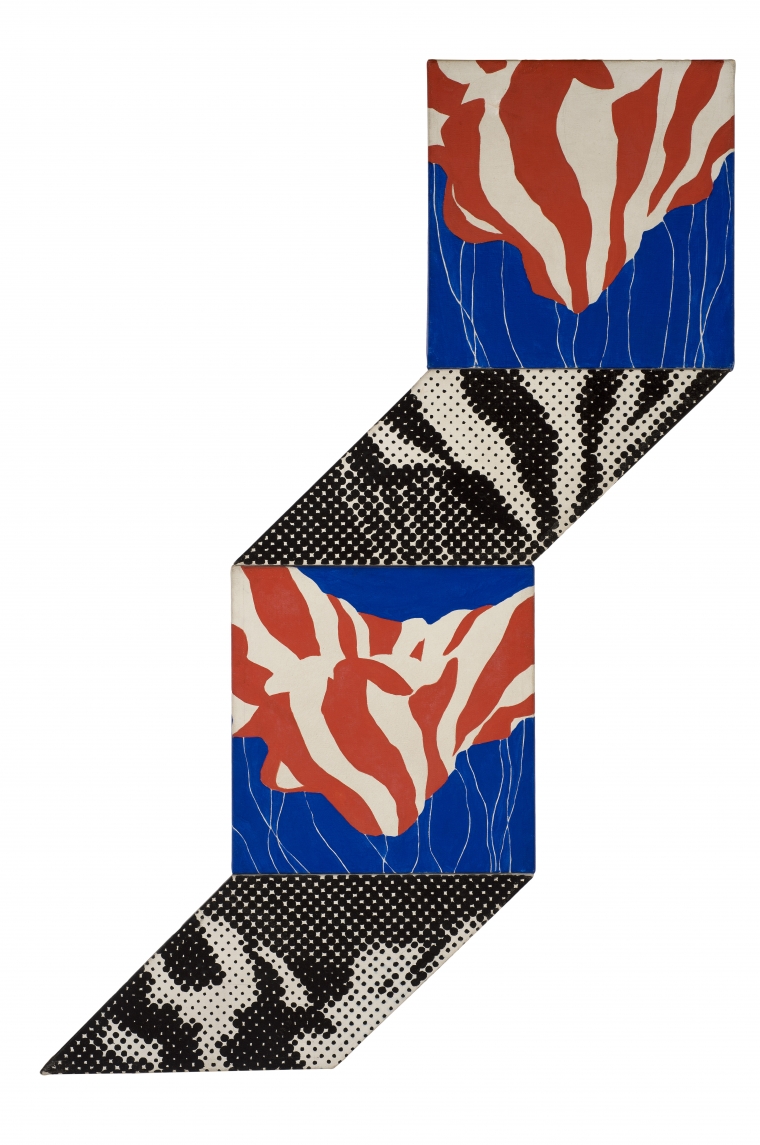 By shaping the canvases I was able to accentuate their objecthood. By placing, say, a parallelogram on top of a rectangle, I could imply a third dimension for the painting, as though it was folded and protruded into the room. Curved sides suggested undulations in the surface; visual paradoxes began to fascinate me; and the shapes I required for these became so complicated that it was impracticable to make them as you would normal stretchers over which the canvas was stretched.