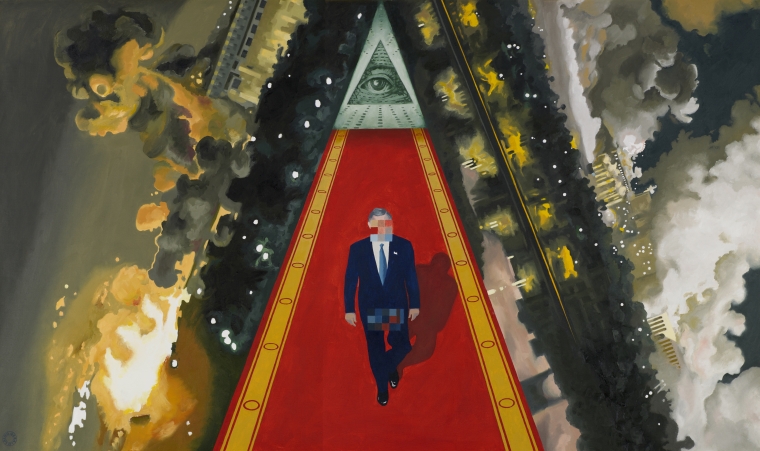 His bold lines and bright, unmodulated colours lend themselves well to these images, which constitute a searing critique not only of the Iraq war, but also of U.S. priorities and values and the American Dream. Setting the tone for the exhibition, Awe Shucks (2004) shows at the centre of the composition a pixilated figure of George W. Bush jauntily strolling down a red carpet. The exploding bombs and smouldering buildings all around him - based on video stills from the ‘Shock and Awe’ phase of the invasion - are rendered as mere backdrop to the pomp and ceremony of the scene.