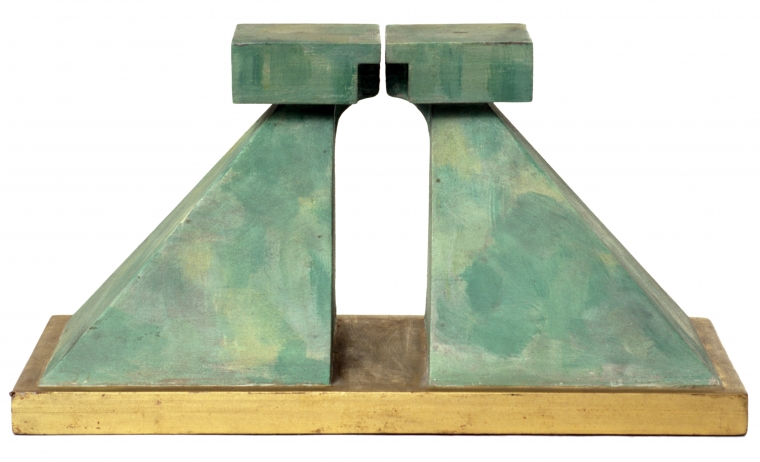 The first piece in the sequence of Laing’s return to the figure was Anthropomorphic Pyramid [sic] which is still a construction although this time of painted wood. It must be directly compared with the divided pyramid and also with 20th Century Monument. The central arch or gap between the two parts of the pyramids has been filled in but the loss of tension is partly made up by the two pilasters with corbel tops at right angles to the face of the pyramid. These support a crowning structure of two struts with a vertical ‘nose’ form joining them, the whole forming together a saluting-base type of structure which, like 20th Century Monument, has a suggestion of the 1930’s epic style. At the same time the piece can and I think should be read anthropomorphically, as a squatting figure supporting its head on its hands. The projecting ridge at the top of the sloping sides of the pyramid is surely accented in this way to indicate shoulders.