The New Situation: Art in London in the Sixties
Sotheby’s, London, 2013 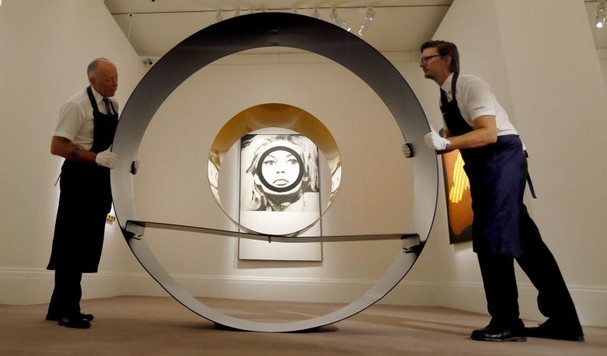 The New Situation: Art in London in the Sixties

This exciting exhibition will focus on the decade when British artists, many of them fresh out of art school, captured the worldâs imagination, finding recognition and success both at home and abroad, in Europe and America and at the biennales of Venice and Sao Paulo.

From âColour-Fieldâ and âHard-Edgeâ abstraction, through to Pop in its many guises, from the New Sculpture, with its minimal aesthetic and use of industrial materials and flat colour, through to the beginning of Conceptual art, The New Situation tracks a period when British art was at the forefront of global art trends.

What is truly remarkable, though, is that many of the artists of this time are now little-known to international collectors, where once museum directors and leading international gallerists considered them peers of Hockney, Riley or Caro. This exhibition reunites over 40 artists to recapture the diversity and excitement of the London scene.

The exhibition â featuring, in equal measure, works for sale and on loan - is a collaboration between Sotheby’s specialists and the legendary Sixties dealer Kasmin, whose gallery on Bond Street was the first architect-designed âwhite cubeâ space in London. Here Kasmin mounted a succession of ground-breaking shows, blending American heavyweights with young British artists, including David Hockneyâs first solo exhibition in 1963.

Kasmin, along with Robert Fraser and the esoteric Indica Gallery (both of whom are represented by artists in the exhibition), re-defined the context in which contemporary art was seen in Britain.  As such, Sothebyâs is honoured to have him as the curator of The New Situation.
...